Must Catholics Marry in a Church?

Must Catholics Marry in a Church?

Do Catholics have to be married in the Catholic Church? The "straight answer" is simply "yes," but let's understand also the "why."

The "straight answer" is simply "yes," but lets understand also the "why." In the Sacrament of Marriage, a baptized Christian man exchanges vows with a baptized Christian woman. Before Almighty God, they promise to each other a love that is faithful, permanent, exclusive, self-sacrificing and life-giving. Through marriage, a couple now enters into a new public state of life both in the eyes of the Church and society; therefore, the celebration of the marriage rightfully ought to be public with the vows exchanged before a priest (or other authorized witness of the Church), the witnesses (usually the Best Man and Maid of Honor), and the faithful gathered for the ceremony. (Cf. Catechism, No. 1663.)

However, when a Catholic is marrying a baptized non-Catholic Christian, legitimate circumstances may arise when the couple would like to be married in the Church of the non-Catholic. Such circumstances include recognizing a special or long-standing relationship with a minister, or preventing family alienation. In such a case, the couple would complete the regular Catholic marriage preparation. The Catholic party would also attest to his intention of not leaving the Catholic Church and of promising to baptize and raise the children in the Catholic faith. The non-Catholic party would be informed of these promises, attest to understanding these promises and in turn promise not to interfere in their fulfillment. After the preparation and the attainment of these promises, the priest would petition the bishop on behalf of the couple for a "Dispensation from Canonical Form," meaning permission for the couple to be married outside of the Catholic Church. The Church requires a dispensation because the bishop, as shepherd of the diocese and guardian of the souls, must insure that the couple is prepared as best as possible for marriage and is ready to enter into Holy Matrimony. With such permission, the wedding is valid in the eyes of the Catholic Church. (Cf. Code of Canon Law, No. 1124-25).

For example, when I was an associate pastor at St. Mary's, I once prepared a couple for marriage where the uncle of the bride was a Presbyterian minister, whom they wanted to officiate at the wedding. After the couple completed the necessary Catholic wedding preparation and made the required promises, I petitioned Bishop John R. Keating for a Dispensation of Form, which he granted. The couple was married in the Presbyterian Meeting House next door to St. Mary's. The uncle-Presbyterian minister officiated at the ceremony and I too was present to offer a blessing. This marriage was fully recognized by the Church.

However, if a Catholic enters marriage outside of the Catholic Church without the necessary dispensation, then the marriage is considered invalid and is not recognized by the Church. Moreover, this action places the person in a state of mortal sin. For instance, if a Catholic marrying either another Catholic or anyone else just decides to be married in some other Church or by a Justice of the Peace, that marriage is invalid. While such a marriage may have legal standing in the eyes of the state, it has no legitimate standing in the eyes of the Church.

Just as an aside: If a person who was baptized as a Catholic has formally renounced his Catholic faith by joining another Church or by some other public declaration, he would not be bound by these rules since he technically is no longer a Catholic. In all, a sincere, practicing Catholic ought to want to be married in the Catholic Church or ought to obtain the proper permission to be married outside of it.

As a pastor, I am surprised how many people are ignorant of this obligation. Too often, couples register in the parish indicating that they were not married in the Church. When I investigate to see how the situation can be rectified, I am surprised that some never realized they had to be married in the Catholic Church or first receive the proper dispensation to be married elsewhere. Sadly, some of these people then resent the fact that the Church considers their marriages invalid and that they will have to follow the proper steps to have them validated. Clearly, pastors, parents and religious educators need to stress the importance of marriage in the Church to those entrusted to their care. FR. WILLIAM SAUNDERS 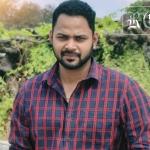 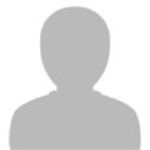